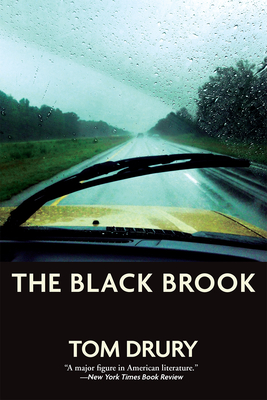 An utterly original and compelling novel from "one of our living masters (McSweeney's), originally published in 1998 and now re-issued by Grove with a new introduction--a conversation between the author and Daniel Handler. Paul Emmons has his faults--envy, lust, naivet , money laundering, and art forgery to name but a few. A fallen accountant and scamster, Emmons and wife Mary are exiled abroad, though they enjoy frequent and inadvisable returns to New England, the region of his crimes, to check in on the property they own but cannot claim. With this, the stage is set for Drury's darkly comic novel of love, death, guilt, redemption, and the various forms of clam chowder. Through a series of flashbacks and bizarre encounters, we see Paul's life as a college student in Quebec; his unfortunate professional beginnings in Rhode Island as business associate of Carlo Record, the one-armed president of the fraudulent company "New England Amusements"; and his stint as an investigative journalist. As time passes, Paul is tracked down by Carlo's cronies--Ashtray Bob, Line-Item Vito, and Hatpin Henry--who try to coerce Paul into stealing the infamous John Singer Sargant painting "The Black Brook" from the Tate gallery in London. Instead, Paul begs Mary, a painter, to reproduce the Sargant, in an attempt to outwit Carlo and his henchmen; a plot that produces comic consequences. Through it all Paul strives to find and accomplish his mission in life, and myriad characters contrive to tell their stories--of broken promises, nightmarish evenings, and identities lost and found in this "irresistibly droll portrayal of an All-American liar, loser, and innocent" (Kirkus).

Tom Drury is the author of Pacific, longlisted for the National Book Award; The End of Vandalism; Hunts in Dreams; and The Driftless Area. His fiction has appeared in the New Yorker, Harper's, and The Mississippi Review, and he has been named one of Granta's "Best Young American Novelists."
or support indie stores by buying on
(This book is on backorder)
Copyright © 2020 American Booksellers Association