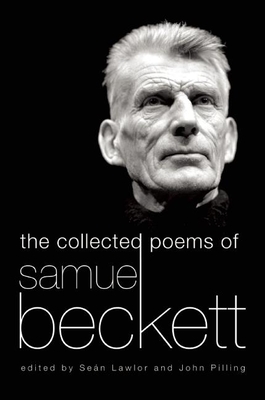 The Collected Poems of Samuel Beckett

Samuel Beckett began his career by publishing poems in literary reviews in Paris during the 1930s, and--although primarily considered a playwright and novelist--he continued writing poetry throughout his life. This new, definitive volume presents Beckett's poetry in the order it was composed, from pre-war to post-war, and contains previously unpublished and never-before-reprinted work. Along with his translations of Apollinaire, Mallarme, Rimbaud, and many others, this book brings together all of the pieces from Collected Poems in English and French, selections from Mexican Poetry: An Anthology (translated by Beckett), and poems that appeared in his novels and plays. Extensive critical notes by editors Se n Lawlor and John Pilling detail the circumstances of their composition, explaining obscure allusions and references (frequently sourced to Beckett's notebooks), and identifying resonances across his oeuvre. Poetry allowed Beckett to reconcile his penchant for opulent phrasing with his preference for minimalism, and it profoundly influenced his approach to the drama and fiction for which he's revered. This complete collection is an informative and essential addition to the libraries of Beckett's readers.

Samuel Beckett (1906-1989), one of the most important writers in twentieth-century literature and drama, was born in Foxrock, Ireland and attended Trinity College Dublin. In 1969, Beckett was awarded the Nobel Prize in Literature and commended for having "transformed the destitution of man into his exaltation."
Loading...
or
Not Currently Available for Direct Purchase