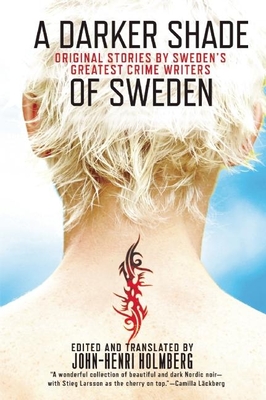 Ever since Stieg Larsson shone a light on the brilliance of Swedish crime writing with his critically acclaimed and internationally bestselling novel, The Girl with the Dragon Tattoo, readers around the world have devoured fiction by some of the greatest masters of the genre. In this landmark publication, Sweden's most distinguished crime writers, including Stieg Larsson himself, have contributed stories to an anthology that promises to sate the desire to read about the dark side of Sweden. With an introduction by Swedish crime authority John-Henri Holmberg that traces the evolution of the genre from the late nineteenth century to the present-day, this volume includes a never-before-translated story from Maj Sj wall and Per Wahl , the husband-and-wife team that brought Swedish crime to a worldwide audience for the first time in the 1960s and 70s; a brilliantly orchestrated piece in which Henning Mankell's Kurt Wallander meets H kan Nesser's Van Veeteren; and stories from writers who will define the next wave of Swedish crime fiction. Containing seventeen stories never before published in English, A Darker Shade of Sweden delves into the deepest shadows of this captivating place and shows why Swedish crime has kept readers enthralled for decades.

John-Henri Holmberg is the Edgar Award-nominated coauthor of the 2011 book The Tattooed Girl, about the Millenium novels and their author, Stieg Larsson, who was a personal friend. He has written books on science fiction, psychological thrillers, adult fantasy fiction, and film, and lectured on popular fiction, particularly crime and science fiction. For more than fifteen years he reviewed crime for Sweden's largest daily newspaper, which gained him the Jan Broberg Excellence in Criticism award, as well as election to the Swedish Crime Fiction Academy. He is now a full-time writer, translator, and editor, living with his family on the southern coast of Sweden.
Loading...
or support indie stores by buying on