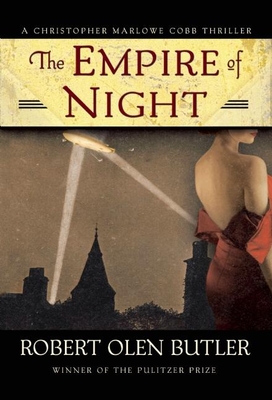 The Empire of Night

In the first two books of his acclaimed Christopher Marlowe Cobb series, The Hot Country and The Star of Istanbul, Pulitzer Prize winner Robert Olen Butler captured the hearts of historical crime fiction fans with the artfulness of his World War I settings and his charismatic leading man, a Chicago journalist recruited by American intelligence. In The Empire of Night, it is 1915, and President Woodrow Wilson is still assessing the war's threat to the United States. After proving himself during the Lusitania mission, Kit is now a full-blown spy, working undercover in a castle on the Kentish coast owned by a suspected British government mole named Sir Albert Stockman. And Kit is again thrown together with a female spy--his own mother, the beautiful and mercurial Isabel Cobb, who also happens to be a world-famous stage actress. Starring in a touring production of Hamlet, Isabel's offstage role is to keep tabs on the supposed mole, an ardent fan of hers, while Kit tries to figure out Stockman's secret agenda. Following his mother and her escort from the relative safety of Britain into the lion's den of Berlin, Kit must remain in character, even under the very nose of the Kaiser.

Robert Olen Butler is the Pulitzer Prize-winning author of over a dozen novels, including Hell, A Small Hotel, and two previous installments of the Christopher Marlowe Cobb series, The Hot Country and The Star of Istanbul. He is also the author of six short collections and a book on the creative process, From Where You Dream. He has twice won a National Magazine Award in Fiction and received the 2013 F. Scott Fitzgerald Award for Outstanding Achievement in American Literature. He teaches creative writing at Florida State University.
Loading...
or
Not Currently Available for Direct Purchase