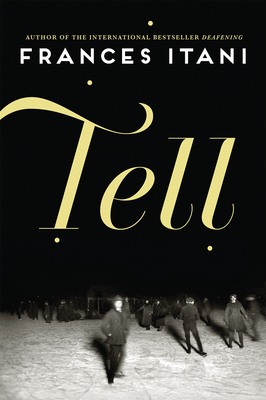 The international debut sensation Deafening launched the story of Grania, deaf from the age of five, and her sister Tress, who helped to create their secret language. Tell picks up from the return of the sisters' husbands from the war, and follows Tress's partner Kenan, a young shell-shocked soldier who confines himself indoors, venturing outside only at night to visit the frozen bay where he skated as a boy. Saddened by her altered marriage, Tress seeks advice from her Aunt Maggie. But Maggie and her husband, Am, have problems of their own. Maggie finds joy singing in the town's newly created choral society. Am, troubled by the widening gulf in his marriage, spends more and more time in the clock tower above their apartment. As the second decade of the twentieth century draws to a close, the lives of the two couples become increasingly entwined. Startling revelations surface as layers of silence begin to crumble. Told with Itani's signature power and grace, Tell is both a deeply moving story about the burdens of the past, and a beautifully rendered reminder of how the secrets we bury to protect ourselves can also be the cause of our undoing.

Frances Itani is the author of 15 books including Requiem, chosen by the Washington Post as one of 2012's top fiction titles of the year; and the #1 bestseller Deafening, which won a Commonwealth Award, was shortlisted for the International IMPAC Dublin Literary Award and was published in 17 territories. Itani lives in Ottawa.
Loading...
or support indie stores by buying on