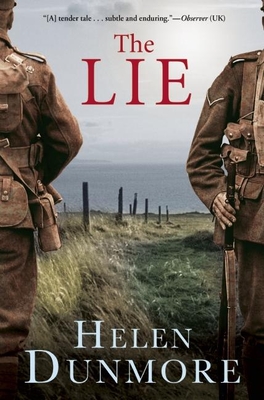 "Lyrical and haunting...With this novel, Dunmore should rank high among writers like Kipling who explore war, its aftermath, and its lies."--Washington Independent Review of Books "A poignant reminder that throughout history, the battle is far from over after a soldier returns home....As this impeccable and finely wrought literary tale winds to a chilling conclusion, readers will themselves be haunted by its evocative portrayal of a life-defining friendship and loss."--Bookpage Published during the centenary of World War One to astonishing reviews and selected as a Richard and Judy Summer 2014 Book Club Pick in the UK, The Lie is a spellbinding tale of love, remembrance, and deception, set before, during and immediately after World War I, from Orange Prize-winning author, Helen Dunmore. Daniel Branwell has survived the First World War and returned to the small Cornwall fishing town where he was born. As he struggles to make a living in the aftermath of war, Daniel is drawn deeper and deeper into the traumas of the past and memories of his dearest friend and his first love. Set in France during the First World War and in postwar England, The Lie is a deeply moving and mesmerizing story from one of our most preeminent storytellers. "Devastating and triumphant...wholly satisfying. Endings are often the hardest beast for an author to tame, but Dunmore does it, with elegance, vigor and clarity."--The Denver Post "Heartbreaking."--Kirkus Reviews " A]moving and complex novel...Dunmore does a superb job of capturing her lead's inner torment, even as his story creeps toward a shattering conclusion."--Publishers Weekly (starred, boxed review)