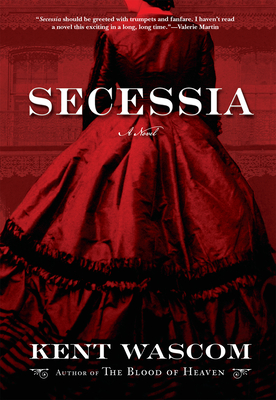 New Orleans, May 1862. The largest city in the ill-starred confederacy has fallen to Union troops under the soon-to-be-infamous General Benjamin "the Beast" Butler. The city is rife with madness and rage. When twelve-year-old Joseph Woolsack disappears from his home, he draws into the unrest his mother, Elise, a mixed-race woman passing for white, and his father, Angel, whose long and wicked life is drawing to a close. What follows forces mother and son into a dark new world: Joseph must come to grips with his father's legacy of violence and his growing sentiment for Cuban exile Marina Fandal, the only survivor of a shipwreck that claimed the lives of her parents. Elise must struggle to maintain a hold on her sanity, her son and her own precarious station, but is threatened by the resurgence of a troubling figure from her past, Dr. Emile Sabatier, a fanatical physician who adores disease and is deeply mired in the conspiracy and intrigue surrounding the occupation of the city. Their paths all intersect with General Benjamin Butler of Massachusetts, a man who history will call a beast, but whose avarice and brutal acumen are ideally suited to the task of governing an "ungovernable city." Alternating between the perspectives of the five characters of Elise, Dr. Sabatier, Joseph, Marina, and Butler, Secessia weaves a tapestry of ravenous greed and malformed love, of slavery and desperation, set within the baroque melting-pot that is New Orleans. A Gothic tableaux vivant of epic scope and intimate horror, Secessia is the netherworld reflection of the conflict between north and south.

Kent Wascom's first novel, "The Blood of Heaven," was named a best book of the year by the "Washington Post" and NPR. It was shortlisted for the David J. Langum Sr. Prize for Historical Fiction, and longlisted for the Flaherty-Dunnan Award for First Fiction. Wascom was awarded the 2012 Tennessee Williams/New Orleans Literary Festival Prize for Fiction. He lives in Louisiana.
Loading...
or
Not Currently Available for Direct Purchase