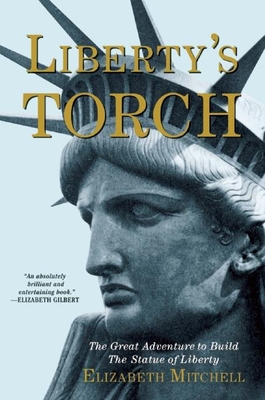 The Great Adventure to Build the Statue of Liberty

The Statue of Liberty has become one of the most recognizable monuments in the world: a symbol of freedom and the American Dream. But the story of the creation of the statue has been obscured by myth. In reality, she was the inspiration of one quixotic French sculptor hungry for fame and adoration. Inspired by descriptions of the Colossus of Rhodes, the young Fr d ric Auguste Bartholdi first envisioned building a monumental statue of a slave woman holding a lamp that would serve as a lighthouse for Ferdinand de Lesseps's proposed Suez Canal. But after he failed to win this commission, and in the chaotic wake of the Franco-Prussian War, Bartholdi set off for America, where he saw the perfect site for his statue: Bedloe's Island in New York Harbor. Before long, he was organizing the construction of a massive copper woman in a Paris workshop. Through spectacular displays of the statue's arm and torch in Philadelphia at the 1876 World's Fair, and the statue's head at the 1878 Paris Exhibition, along with other creative fundraising efforts, Bartholdi himself collected almost all of the money required to build the statue. Meanwhile, he brought luminaries including Gustave Eiffel, Victor Hugo, Ulysses S. Grant, Joseph Pulitzer, and Emma Lazarus into his scheme. Moving from the black waters of the Nile to the revolution-torn boulevards of Paris, to the muddy streets of New York, Liberty's Torch tells the story of an artist, entrepreneur and inventor who fought against all odds to create this wonder of the modern world.

Elizabeth Mitchell is an editor, journalist, and author. She is the author of two nonfiction books: Three Strides Before the Wire: The Dark and Beautiful World of Horse Racing, and W: Revenge of the Bush Dynasty.
Loading...
or support indie stores by buying on