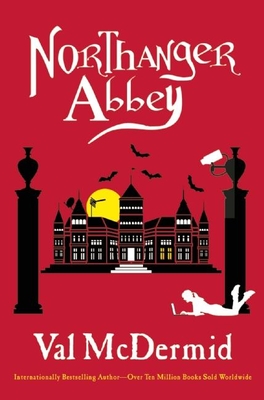 "Long before our modern-day crime author draws a final, canny ace from her tartan sleeve, you'll have succumbed to the delights of Northanger la McDermid."--The Boston Globe Now in paperback, Val McDermid's Northanger Abbey is an updated take on Jane Austen's classic novel about a young woman whose visit to the stately home of a well-to-do acquaintance stirs her most macabre imaginings. A homeschooled minister's daughter in the quaint, sheltered Piddle Valley in Dorset, Cat Morland loses herself in novels (and, of course, her smartphone) and is sure there is a glamorous adventure awaiting her beyond the valley's narrow horizon. So imagine her delight when her neighbors, the Allens, invite her to attend the Fringe Festival in Edinburgh as their guest. Cat quickly begins to take Edinburgh by storm and is taken into the bosom of the Thorpe family, particularly by eldest daughter Bella. And then she meets handsome Henry Tilney, who lives at the beautiful and forbidding Northanger Abbey. Cat is entranced by Henry and his charming sister Eleanor, but she can't help but wonder if everything about them is as perfect as it seems. Maybe she has just been reading too many novels? "There's an archness and precision to McDermid's prose that beautifully echoes Austen's own. . . . Engages in a witty conversation with the original . . . More than just a cover version. McDermid has taken possession of Northanger Abbey."--New York Times Book Review "A note perfect modern reworking of Austen's classic gothic satire. . . . Breezy, vital, inventive . . . McDermid's] obvious pleasure in the task is as contagious as Austen's wit." --The Scotsman (UK)

Val McDermid is the best-selling author of The Skeleton Road and twenty-eight previous novels, which have been translated into over forty languages. She has received numerous awards recognizing her exceptional career, including the Crime Writers' Association Cartier Diamond Dagger Award for outstanding achievement in the field of crime writing and the Pioneer Award from Lambda Literary. Her individual books have won many prizes, including the Los Angeles Times Book of the Year Award and the CWA Gold Dagger.
Loading...
or support indie stores by buying on