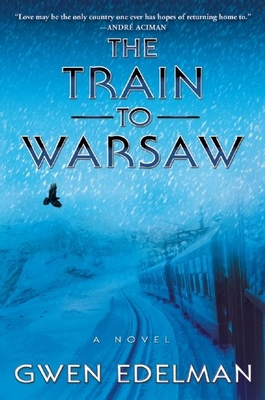 The Train to Warsaw

Jascha and Lilka separately fled from the Warsaw Ghetto in 1942. Reunited years later, they live in London where Jascha has become a celebrated writer, feted for his dark tales about his war adventures. One day, forty years after the war, Jascha receives a letter inviting him to give a reading in Warsaw. He tells Lilka that nothing remains of the city they knew and that wild horses couldn't drag him back. Nostalgic for the city of her childhood, Lilka prevails; together, traveling by train through a frozen December landscape, they return to the city of their past. When they unwittingly find themselves back in what was once the ghetto, they will discover that they still have secrets between them.

Gwen Edelman's first novel, War Story, was translated into eight languages, won the Prix du Premier Roman Etranger in France, and was a Koret Jewish Book Award finalist. She has organized lectures at the 92nd St Y on Holocaust subjects.
Loading...
or support indie stores by buying on