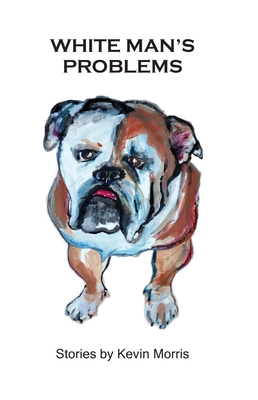 In nine stories that move between nouveau riche Los Angeles and the working class East Coast, Kevin Morris explores the vicissitudes of modern life. Whether looking for creative ways to let off steam after a day in court or enduring chaperone duties on a school field trip to the nation's capital, the heroes of White Man's Problems struggle to navigate the challenges that accompany marriage, family, success, failure, growing up, and getting older. The themes of these perceptive, wry and sometimes humorous tales pose philosophical questions about conformity and class, duplicity and decency, and the actions and meaning of an average man's life. Morris's confident debut strikes the perfect balance between comedy and catastrophe--and introduces a virtuosic new voice in American fiction.

Kevin Morris has written for The Wall Street Journal, Los Angeles Times and Filmmaker Magazine. He is the Co-producer of the Tony Award-winning Broadway musical, "The Book of Mormon, " and producer of the classic documentary film, "Hands on a Hardbody." He lives with his wife and two children in Los Angeles. This is his first collection of fiction.
Loading...
or support indie stores by buying on
(This book is on backorder)