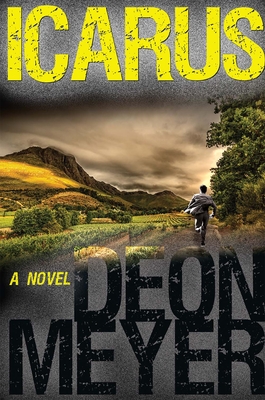 South Africa's preeminent crime fiction writer, Deon Meyer is internationally acclaimed for his razor's-edge thrillers, unforgettable characters, and nuanced portrayals of contemporary life in his native country. The fifth pulse-pounder starring Captain Benny Griessel, a lead detective in South Africa's priority crimes unit, delves into the country's burgeoning tech and wine industries. A week before Christmas, a young photographer discovers a plastic-wrapped corpse amidst the sand dunes north of Cape Town. The only thing found on the corpse is a dead iPhone, but it doesn't take long for the police to identify the body as that of Ernst Richter--the tech whiz behind MyAlibi, an internet service that provides unfaithful partners with sophisticated cover stories to hide an affair. Meanwhile, Benny Griessel is called to the scene of a multiple homicide involving a former colleague, and four years of sobriety are undone on the spot. He emerges from his drunken haze determined to quit the force, but the take-no-sass Major Mbali Kaleni, now his boss, wants Griessel on the Richter case. The high-profile murder has already been the subject of fierce media speculation, with questions swirling about the potential for motive: could the perpetrator be one of the countless jilted spouses? An aggrieved client? Before the week is out, an unexpected connection to a storied family winery comes to light, and Griessel's reputation is again on the line. Mounting towards a startling conclusion, Icarus is another exceptional novel from the "King of South African Crime.

Deon Meyer is the internationally acclaimed, prize-winning author of ten thrillers including "Cobra," "Seven Days," and the Barry Award-winning "Thirteen Hours." His books have been published in twenty-six languages. He lives in Stellenbosch, South Africa.
Loading...
or
Not Currently Available for Direct Purchase