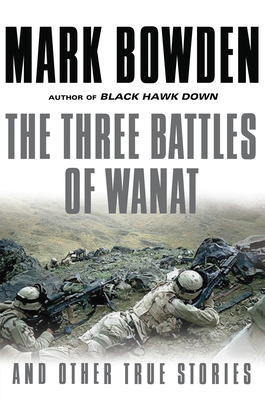 New York Times bestselling author Mark Bowden has had a prolific career as one of America's leading journalists and nonfiction writers. His new collection, The Three Battles of Wanat and Other True Stories, features the best of his long-form pieces on war, as well as notable profiles, sports reporting, and essays on culture. Including pieces from the Atlantic, Vanity Fair, the New Yorker, and the Philadelphia Inquirer, this collection is Bowden at his best. The titular article, "The Three Battles of Wanat," tells the story of one of the bloodiest days in the War in Afghanistan and the extraordinary years-long fallout it generated within the United States military. In "The Killing Machines," Bowden examines the strategic, legal, and moral issues surrounding armed drones. And in a brilliant piece on Kim Jong-un, "The Bright Sun of Juche," he recalibrates our understanding of the world's youngest and most baffling dictator. Also included are profiles of newspaper scion Arthur Sulzberger; renowned defense attorney and anti-death-penalty activist Judy Clarke; and David Simon, the creator of "The Wire." Absorbing and provocative, The Three Battles of Wanat is an essential collection for fans of Mark Bowden's writing, and for anyone who enjoys first-rate narrative nonfiction.

Mark Bowden is the author of twelve books, including the #1 "New York Times" bestseller "Black Hawk Down." He reported at the "Philadelphia Inquirer" for twenty years and now writes for the "Atlantic," "Vanity Fair," and other magazines. He is also the Writer in Residence at the University of Delaware. His most recent book is "The Finish: The Killing of Osama bin Laden."
Loading...
or support indie stores by buying on