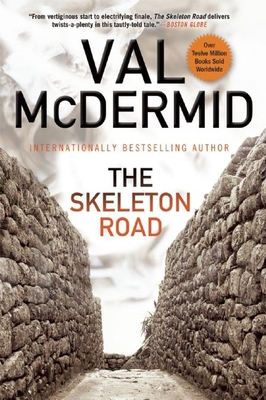 "Heart wrenching. . . . McDermid delves ever more deeply into the psyches of the major characters . . . and] excels in putting the reader at the center of the action. . . The Skeleton Road does an excellent job of wrangling with these big ideas inside a tightly paced mystery."--Janet Napolitano, Los Angeles Times The Skeleton Road, now available in paperback, is a gripping standalone novel about a cold case that links back to the Balkan Wars of the 1990s. In the center of historic Edinburgh, builders are preparing to demolish a disused Victorian Gothic building. They are understandably surprised to find skeletal remains hidden in a high pinnacle that hasn't been touched by maintenance for years. But who do the bones belong to, and how did they get there? Could the eccentric British pastime of free climbing the outside of buildings play a role? Enter cold case detective Karen Pirie, who gets to work trying to establish the corpse's identity. And when it turns out that the bones may be from as far away as former Yugoslavia, Karen will need to dig deeper than she ever imagined into the tragic history of the Balkans: to war crimes and their consequences, and ultimately to the notion of what justice is and who serves it. "McDermid is] a deft hand at crafting murder mysteries heavily laced with psychological suspense. . . Evocative writing . . . From vertiginous start to electrifying finale, The Skeleton Road delivers twists-a-plenty in this tautly-told tale."--Daneet Steffens, The Boston Globe "Melds the political thriller with the police procedural . . . Feels both intensely personal and global. . . . Karen . . . once again proves herself a formidable character worthy of her own series." --Oline H. Cogdill, Associated Press

Val McDermid is a world-class crime writer, whose best-selling novels have won the Los Angeles Times Book of the Year Award, and the Crime Writers' Association's Gold Dagger and Cartier Diamond Dagger Award for outstanding achievement. She is also a multiple finalist for the Edgar Award. She lives in Scotland.
Loading...
or support indie stores by buying on