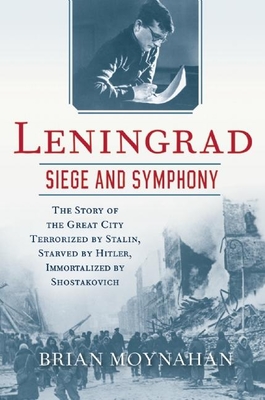 Siege and Symphony: The Story of the Great City Terrorized by Stalin, Starved by Hitler, Immortalized by Shostakovich

In Leningrad: Siege and Symphony, Brian Moynahan sets the composition of Shostakovich's most famous work-his seventh symphony- against the tragic canvas of the siege itself and the years of repression and terror that preceded it. Using a wealth of new material, Moynahan tells the story of the cruelties inflicted by Stalin and Hitler on a city of exquisite beauty and rich cultural history, and the symphony that inspired its survival.

Brian Moynahan's books include the much-praised William Tyndale: If God Spare My Life. As a foreign correspondent, he covered fighting in the Far and Middle East and Africa, and was latterly the European Editor of the London Sunday Times.
Loading...
or support indie stores by buying on