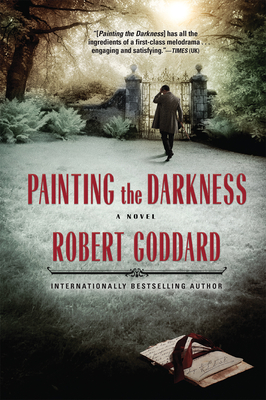 In Robert Goddard's third novel, a bestseller in the United Kingdom and now back in print, is a masterful exercise in suspense set in Victorian-era England. On a mild autumn afternoon in 1882, thirty-four-year-old husband and father William Trenchard sits smoking his pipe in the garden of his comfortable family home. When the creak of the garden gate announces the arrival of an unexpected visitor, he is puzzled but not alarmed. He has no inkling of the destruction this man will wreak on all he holds most dear. The stranger offers his name as James Norton, but claims he is in reality Sir James Davenall, the man to whom Trenchard's wife Constance had once been engaged, and who had supposedly committed suicide eleven years ago. Davenall's mother and younger brother, who has since inherited the family's baronetcy, refuse to recognize this stranger as one of their own, and they soon force Trenchard--who fears the loss of his wife's affections and his own sanity--into an uneasy alliance against him. But Trenchard must plumb the depths of his own despair before the dark secrets of the Davenall family can finally, shockingly, be revealed.

Robert Goddard is the Edgar Award-winning, internationally bestselling author of The Ways of the World; Long Time Coming; Into the Blue, which won the first WHSmith Thumping Good Read Award; and Past Caring. He teaches history at the University of Cambridge and lives in Cornwall.
or support indie stores by buying on