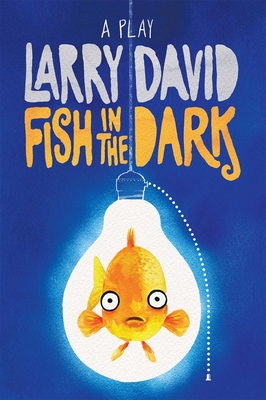 Fish in the Dark

Fish in the Dark is the astonishing playwriting debut by Larry David, the multiple Emmy-winning star of Curb Your Enthusiasm and co-creator of Seinfeld. This sidesplitting play, a testimony to David's great writing talent, is also his first time on Broadway--in fact, his first time acting on stage since eighth grade. In Fish in the Dark Larry David stars as Norman Drexel, a man in his fifties who is average in most respects except for his hyperactive libido. As Norman and his family try to navigate the death of a loved one, old acquaintances and unsettled arguments resurface with hilarious consequences. Fish in the Dark has its world premiere at the Cort Theatre on Broadway on March 5, 2015, starring Larry David.

Larry David is an award-winning comedian, actor, and writer, as well as the cocreator of Seinfeld and the creator, producer, writer, and star of Curb Your Enthusiasm. His other television credits include Saturday Night Live and Fridays. Fish in the Dark is his first play.
Loading...
or support indie stores by buying on