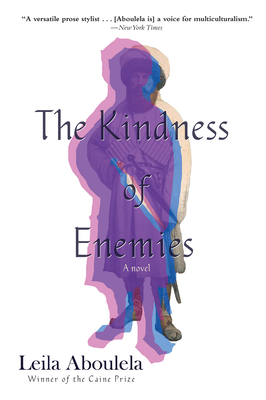 The Kindness of Enemies

"A versatile prose stylist... Aboulela's] lyrical style and incisive portrayal of Muslims living in the West received praise from the Nobel Prize winner J. M. Coetzee... she is] a voice for multiculturalism."--New York Times It's 2010 and Natasha, a half Russian, half Sudanese professor of history, is researching the life of Imam Shamil, the 19th century Muslim leader who led the anti-Russian resistance in the Caucasian War. When shy, single Natasha discovers that her star student, Oz, is not only descended from the warrior but also possesses Shamil's priceless sword, the Imam's story comes vividly to life. As Natasha's relationship with Oz and his alluring actress mother intensifies, Natasha is forced to confront issues she had long tried to avoid--that of her Muslim heritage. When Oz is suddenly arrested at his home one morning, Natasha realizes that everything she values stands in jeopardy. Told with Aboulela's inimitable elegance and narrated from the point of view of both Natasha and the historical characters she is researching, The Kindness of Enemies is both an engrossing story of a provocative period in history and an important examination of what it is to be a Muslim in a post 9/11 world.

Leila Aboulela won the first Caine Prize for African Writing. She is the author of four books: Lyrics Alley; The Translator, a New York Times 100 Notable Book of the Year; Minaret; and a book of short stories, Colored Lights.
Loading...
or support indie stores by buying on