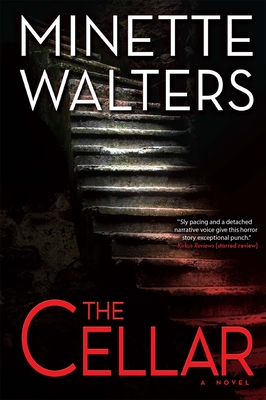 From the internationally bestselling, award-winning crime writer Minette Walters, The Cellar is a harrowing, compulsively readable novel about a family of African immigrants, the Songolis, and the dark secret they keep hidden in the depths of their seemingly respectable British home. On the day Mr. and Mrs. Songoli's young son fails to come home from school, fourteen-year-old Muna's fortunes change for the better. Until then, her bedroom was a dank windowless cellar, her activities confined to cooking and cleaning. Over the years, she had grown used to being abused by the Songoli family--to being their slave. Now that Scotland Yard has swarmed the Songoli house to investigate the disappearance of the son, Muna is given a real bedroom, real clothing, and treated, at least nominally, as a daughter. But her world remains confined. She is not allowed to go outside, doesn't know how to read or write, and cannot speak English. At least that's what the Songolis believe. Before long it becomes clear that young Muna is far cleverer--and her plans more terrifying--than the Songolis, or anyone else, can ever imagine.

Minette Walters is the critically acclaimed and internationally bestselling author of suspense novels including Innocent Victims, Disordered Minds, and Acid Row. She is the recipient of the Edgar Award for Best Novel and the Macavity Award for The Sculptress, two CWA Gold Dagger Awards, and the CWA John Creasey award for best first novel for The Ice House.
or
Buy Here
Copyright © 2020 American Booksellers Association