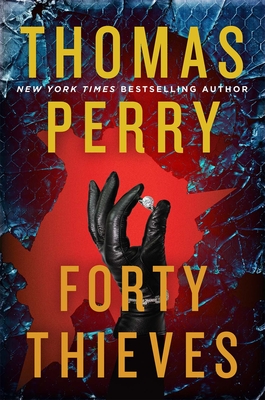 From Thomas Perry, the New York Times bestselling author of the Jane Whitefield series, comes a whip-smart and lethally paced standalone novel, Forty Thieves. Sid and Ronnie Abel are a first-rate husband-and-wife detective team, both retirees of the LAPD. Ed and Nicole Hoyt are married assassins-for-hire living in the San Fernando Valley. Except for deadly aim with a handgun, the two couples have little in common--until they are both hired to do damage control on the same murder case. The previous spring, after days of torrential rain, a body was recovered from one of the city's overwhelmed storm sewers. The victim was identified as James Ballantine, a middle-aged African-American who worked as a research scientist for a prestigious company and was well liked by his colleagues. But two bullets to the back of the head looked like nothing if not foul play. Now, with the case turning cold, Ballantine's former employers bring in the Abels to succeed where the police have failed, while the Hoyts' mysterious contractors want to make sure that the facts about Ballantine's death stay hidden. As the book races toward a high-octane climax, the Abels must fend for their own lives as they circle ever closer to the truth.

Thomas Perry is the bestselling author of over twenty novels, including the Edgar Award winner The Butcher's Boy, A String of Beads, Poison Flower, and The Boyfriend. He lives in Southern California.
Loading...
or support indie stores by buying on