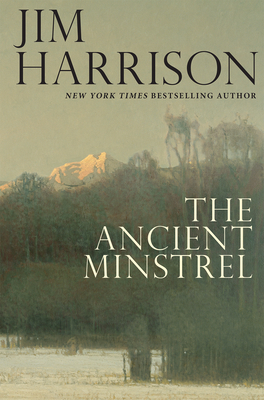 "Among the most indelible American novelists of the last hundred years . . . Harrison] remains at the height of his powers." --Dwight Garner, The New York Times on The River Swimmer New York Times bestselling author Jim Harrison is one of our most beloved and acclaimed writers, adored by both readers and critics. In The Ancient Minstrel, Harrison delivers three novellas that highlight his phenomenal range as a writer, shot through with his trademark wit and keen insight into the human condition. Harrison has tremendous fun with his own reputation in the title novella, about an aging writer in Montana who spars with his estranged wife, with whom he still shares a home, weathers the slings and arrows of literary success, and tries to cope with the sow he buys on a whim and the unplanned litter of piglets that follow soon after. In Eggs, a Montana woman reminisces about staying in London with her grandparents, and collecting eggs at their country house. Years later, having never had a child, she attempts to do so. And in The Case of the Howling Buddhas, retired Detective Sunderson--a recurring character from Harrison's New York Times bestseller The Great Leader and The Big Seven--is hired as a private investigator to look into a bizarre cult that achieves satori by howling along with howler monkeys at the zoo. Fresh, incisive, and endlessly entertaining, with moments of both profound wisdom and sublime humor, The Ancient Minstrel is an exceptional reminder of why Jim Harrison is one of the most cherished and important writers at work today.

Jim Harrison is the author of thirty-seven previous books of poetry, nonfiction, and fiction, including Legends of the Fall, The Road Home, Returning to Earth, and The English Major. A member of the American Academy of Arts and Letters and winner of a Guggenheim Fellowship, he has had work published in twenty-seven languages. Harrison lives in Montana and Arizona.
Loading...
or support indie stores by buying on