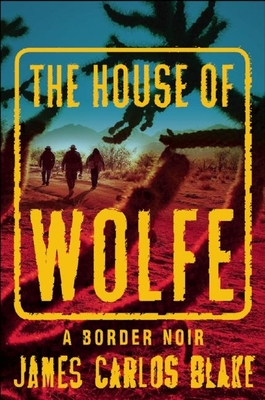 The House of Wolfe

Brilliant and uncompromising, Blake again proves why he's one of the best writers working today.--Ace Atkins James Carlos Blake, widely acclaimed as one of our best authors of historical and contemporary crime fiction, brings us his most striking and fast-paced border noir yet with The House of Wolfe. On a rainy winter night in Mexico City, a ten-member wedding party is kidnapped in front of the groom's family mansion. The perpetrator is an ambitious young gangster named El Gal n, who hopes that his audacious exploit will gain his small gang a partnership with a major crime cartel. He sets the wedding party's ransom at five million USD, to be paid in cash within twenty-four hours. But El Gal n doesn't know that bridesmaid Jessica Juliet Wolfe comes from a family of Texas gunrunners whose blood relatives belong to a powerful but mysterious Mexican cartel. As the captives realize the full horror of their situation, the Wolfes on both sides of the border come together and begin a desperate hunt to find Jessie before the deadline expires. Gritty and exhilarating, The House of Wolfe takes readers on a furious ride from Mexico City's opulent neighborhoods to its frenetic downtown streets and feral shantytowns to a spectacularly hellish climax.

James Carlos Blake is the author of twelve novels, including "The Rules of Wolfe," which was named a "Men's Journal" and "Booklist" Best Book of the year, and "Country of the Bad Wolfes." He is a member of the Texas Institute of Letters and is a recipient of the "Los Angeles Times" Book Prize for "In the Rogue Blood." He was born in Mexico, raised in Texas, and now lives in Arizona.
Loading...
or support indie stores by buying on