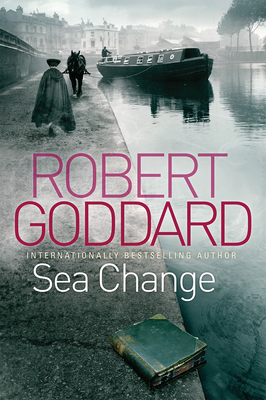 Published for the first time in the United States, Sea Change is a deliciously complex thriller by Robert Goddard, the internationally bestselling author who has been called "a master of the clever twist" (Sunday Telegraph) and "a truly creative storyteller" (Guardian). January, 1721. London is reeling from the effects of the greatest financial scandal of the age--the collapse of the South Sea Bubble, which plunged the nation into recession. William Spandrel, a penniless mapmaker, is offered a discharge of his debts by Sir Theodore Janssen, a director of the South Sea Company, on one condition: He must secretly convey an important package to Amsterdam. With the package safely delivered, Spandrel barely survives an attempt on his life, only to discover that the recipient has been murdered, and that he himself is the prime suspect. Spandrel quickly realizes that he has become a pawn in a very dangerous game. British Government agents, and others, are on his trail, believing that the mysterious package contains secrets that could spark a revolution in England. Spandrel's only chance of survival is to recover the package and place its contents in the right hands. But what are the contents and whose exactly are the right hands?

Robert Goddard is the Edgar Award-winning, internationally bestselling author of The Ways of the World: A James Maxted Thriller, Long Time Coming, and Into the Blue, which won the first WHSmith Thumping Good read Award, among others. Goddard read history at the University of Cambridge and lives in Cornwall.
Loading...
or support indie stores by buying on