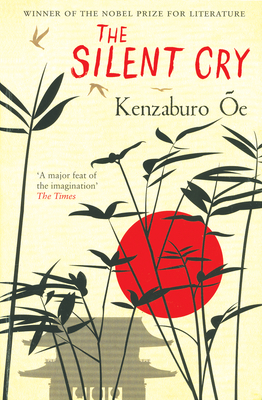 The Silent Cry follows two brothers who return to their ancestral home, a village in densely forested Western Japan. After decades of separation, the reunited men are each preoccupied by their own personal crises. One brother grapples with the recent suicide of his dearest friend, the birth of his disabled son, and his wife's increasing alcoholism. The other brother sets out to incite an uprising among the local youth against the disintegration of the community's culture and economy due to the imposing franchise of a Korean businessman nicknamed the "Emperor of the Supermarkets." Both brothers live in the shadow of the mysteries surrounding the untimely deaths of their older brother and younger sister, as well as their great-grandfather's political heroism. When long-kept family secrets are revealed, the brothers' strained bond is pushed to its breaking-point and their lives are irrevocably changed. Considered Oe's most essential work by the Nobel Prize committee, The Silent Cry is as powerfully relevant today as it was when first published in 1967.

Kenzaburo Oe was awarded the Nobel Prize in Literature for creating "an imagined world, where life and myth condense to form a disconcerting picture of the human predicament today." He is the author of numerous books, including The Changeling; Rouse Up, O Young Men of the New Age; Hiroshima Notes; A Personal Matter; and Teach Us to Outgrow Our Madness, among others.
or
Not Currently Available for Direct Purchase
Copyright © 2020 American Booksellers Association