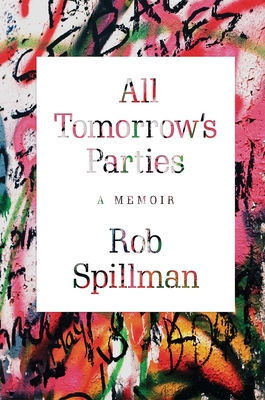 Rob Spillman--the award-winning, charismatic cofounding editor of the legendary Tin House magazine--has devoted his life to the rebellious pursuit of artistic authenticity. Born in Germany to two driven musicians, his childhood was spent among the West Berlin cognoscenti, in a city two hundred miles behind the Iron Curtain. There, the Berlin Wall stood as a stark reminder of the split between East and West, between suppressed dreams and freedom of expression. After an unsettled youth moving between divorced parents in disparate cities, Spillman would eventually find his way into the literary world of New York City, only to abandon it to return to Berlin just months after the Wall came down. Twenty-five and newly married, Spillman and his wife, the writer Elissa Schappell, moved to the anarchic streets of East Berlin in search of the bohemian lifestyle of their idols. But Spillman soon discovered he was chasing the one thing that had always eluded him: a place, or person, to call home. In his intimate, entertaining, and heartfelt memoir, Spillman narrates a colorful, music-filled coming-of-age portrait of an artist's life that is also a cultural exploration of a shifting Berlin.

Rob Spillman is editor of Tin House magazine and editorial advisor of Tin House Books. He was previously the monthly book columnist for Details magazine and is a contributor of book reviews and essays to Salon and Bookforum. He has written for the Boston Review, GQ, Details, the New York Times Book Review, Rolling Stone, Spin, Sports Illustrated, Vanity Fair, and Vogue, among other magazines, newspapers, and online magazines. He has also worked for Random House, Vanity Fair, and The New Yorker. He also teaches at various MFA programs, including Columbia University.
Loading...
or support indie stores by buying on