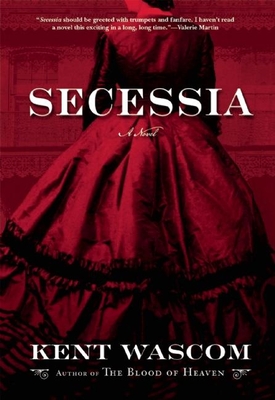 From the immensely talented author of The Blood of Heaven comes a gothic portrait of a city ravaged by war and struck by vice and disease--Civil War New Orleans. With his virtuosic, richly historical prose, Wascom carves a tale of insurrection and ill-advised romance, spanning one year in the city at the heart of Secessia, the rebellious just-conquered south. New Orleans, May 1862. The largest city in the confederacy has fallen to Union troops under the soon-to-be-infamous General Benjamin "the Beast" Butler. When twelve-year-old Joseph Woolsack disappears from his home, he terrifies his mother, Elise, a mixed-race woman passing for white, and enrages his father, Angel, whose long and wicked life is drawing to a close. What follows forces mother and son into a dark new world: Joseph must come to grips with his father's legacy of violence and his growing sentiment for Cuban exile Marina Fandal, the only survivor of a shipwreck that claimed the lives of her parents. Elise must struggle to maintain a hold on her sanity, her son, and her own precarious station, but is threatened by the resurgence of a troubling figure from her past, Dr. Emile Sabatier, a fanatical physician who adores disease and is deeply mired in the conspiracy and intrigue surrounding the occupation of the city. Their paths all intersect with General Benjamin Butler of Massachusetts, a man who history will call a beast, but whose avarice and brutal acumen are ideally suited to the task of governing an "ungovernable city." A haunting tale of greed and malformed love, of slavery and desperation, Secessia weaves a vivid tapestry of a dark period in New Orleans's turbulent history.

Kent Wascom s first novel, "The Blood of Heaven," was named a best book of the year by the "Washington Post" and NPR. It was a semifinalist for the VCU Cabell First Novelist Award and longlisted for the Flaherty-Dunnan Award for First Fiction. Wascom was awarded the 2012 Tennessee Williams/New Orleans Literary Festival Prize for Fiction. He lives in Louisiana."
Loading...
or support indie stores by buying on