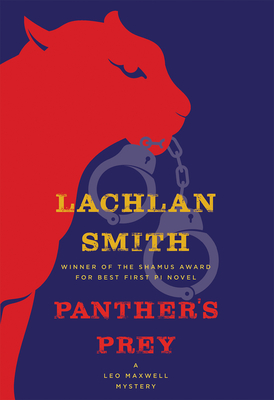 In Panther's Prey, the latest novel from Shamus Award winner Lachlan Smith, tragedy once again strikes near the heart for lawyer-detective Leo Maxwell. After working to free his father from prison in Fox Is Framed, Leo has now left private practice and is working as a public defender in San Francisco. He and his co-counsel Jordan Walker are in the midst of trial, brilliantly defending Randall Rodrigues, a mentally ill homeless man whom they contend falsely confessed to the rape of a young San Francisco socialite. After their client is acquitted, Leo and Jordan fall into an intense relationship--until Jordan is found brutally raped and murdered in her apartment. Leo, the last person known to have seen her alive, is the natural suspect, and the police are eager for payback after the Rodrigues case. The story takes a shocking turn when Leo and Jordan's freshly acquitted client walks into the police station and offers to confess to Jordan's murder. Upset by the rapidity with which the authorities accept this all-too-convenient confession, Jordan's grieving father tasks Leo with investigating his daughter's death. Leo agrees, though he knows exonerating Rodrigues will likely bring suspicion back on himself. Theorizing that he may be on the trail of a serial rapist and murderer, Leo instead uncovers a massive judicial fraud leading to the steps of the federal courthouse. In an explosive final confrontation, Leo will come face to face with an adversary far more powerful than any foe he has met thus far.

Lachlan Smith was a Richard Scowcroft Fellow in the Stegner Program at Stanford and received an MFA from Cornell. He has written three previous books in the Leo Maxwell Mystery series: Bear Is Broken, which won the 2014 Shamus Award for Best First PI Novel, Lion Plays Rough, and Fox Is Framed. Smith's fiction has also appeared in the Best New American Voices series. In addition to writing novels, he is an attorney practicing in the area of civil rights and employment law. He lives in Alabama.
Loading...
or support indie stores by buying on