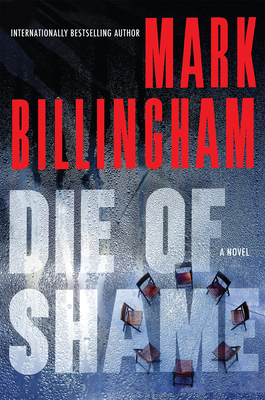 From British thriller master Mark Billingham, a recent finalist for the Crime Writers' Association Dagger in the Library, Die of Shame is a chilling story of addiction, subterfuge, and murder.

Every Monday evening, six people gather in a smart North London house to talk about shame. A respected doctor, a well-heeled housewife, a young male prostitute . . . they could not be more different. All they have in common is a history of addiction. But when one of the group is murdered, it quickly becomes apparent that someone else in that circle is responsible. The investigation is hampered by the strict confidentiality that binds these individuals and their therapist together, which makes things difficult for Detective Inspector Nicola Tanner, a woman who can appreciate the desire to keep personal matters private. If she is to find the killer, she will need to use less obvious means. The question is: What could be shameful enough to cost someone their life? And how do you find the truth when secrets, lies, and denial are second nature to all of your suspects?

Mark Billingham has twice won the Theakston's Old Peculier Award for Best Crime Novel and also won the Sherlock Award for the best detective created by a British writer. His books have been translated into twenty-five languages and have sold over four million copies. He lives in London.
Loading...
or support indie stores by buying on