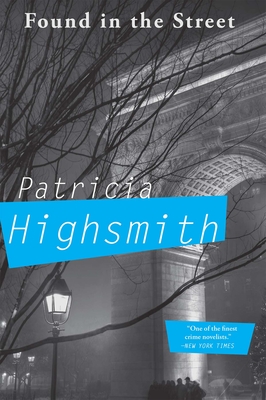 Found in the Street

"Fabulous, in all senses of that word . . . combining the best features of the suspense genre with the best of existential fiction--a thrilled reflection."--Paul Theroux Elsie Tyler turns heads wherever she goes. After leaving her hometown upstate for Greenwich Village, the charming young waitress soon finds herself surrounded by admirers, including Jack and Natalia Sutherland, a married couple who invite Elsie into their bohemian inner circle and help her launch a career as a model. Meanwhile, Ralph Linderman, a middle-aged security guard with a dog named God, is nursing his own obsession with Elsie. He sets out to protect her from the "bad company" she attracts, but his uninvited affections are overbearing, possibly even pathological. When Ralph finds Jack's wallet on a morning stroll through the Village, and returns it, he is entirely unprepared for the complex maze of sexual obsession and disturbing psychological intrigue he is about to be drawn into. Originally published in 1986, Found in the Street is classic Highsmith--an engrossing, unsettling thriller that explores the bleakest alleyways of human desire, and a kaleidoscopic portrait of 1980s New York City. Patricia Highsmith, author of Strangers on a Train and The Talented Mr. Ripley, has been called "one of the finest crime novelists" by the New York Times and is now considered one of the most original voices in twentieth-century American fiction.

Patricia Highsmith (1921-1995) was the author of more than twenty novels, including Strangers on a Train, The Price of Salt, and The Talented Mr. Ripley, as well as numerous short stories.
Loading...
or support indie stores by buying on