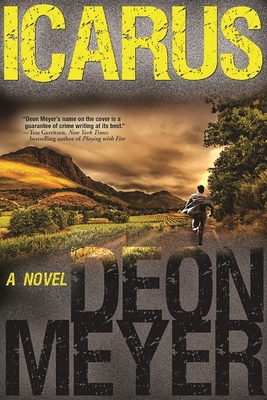 In the latest thriller from internationally acclaimed writer Deon Meyer, Captain Benny Griessel is forced to take a case involving a controversial tech figure while coping with the death of a colleague.

A week before Christmas, a young photographer discovers a plastic-wrapped corpse amidst the sand dunes north of Cape Town. It doesn't take long for the police to identify the body as that of Ernst Richter--the tech whiz and founder of Alibi, an internet service that provides unfaithful partners with sophisticated cover stories to hide their affairs. Meanwhile, Benny Griessel is called to the scene of a murder-suicide involving a former colleague, and 602 days of sobriety are undone on the spot. He seems determined to drink away his career, but the take-no-sass Major Mbali Kaleni, now his boss, wants Griessel on the Richter case. The murder has already been the subject of fierce media speculation, with questions swirling about the potential for motive: could the perpetrator be one of the countless jilted spouses? An aggrieved client? Before the week is out, an unexpected connection to a troubled family winery comes to light, and Griessel must either quit drinking and close the case, or risk losing everything he loves. Mounting towards a startling conclusion, Icarus is another first-rate novel from the "King of South African Crime."

Deon Meyer is the internationally acclaimed, prize-winning author of ten thrillers including Cobra, Seven Days, and the Barry Award-winning Thirteen Hours. His books have been published in more than twenty-five languages. He lives in Stellenbosch, South Africa.
Loading...
or support indie stores by buying on