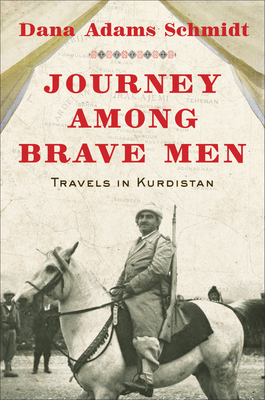 On July 4, 1962, near the beginning of the First Iraqi-Kurdish War, New York Times foreign correspondent Dana Adams Schmidt left his post in Beirut to be voluntarily smuggled into Iraqi Kurdistan. It was the beginning of a nearly two-month journey that would climax in a days-long visit with the leader of the Kurdish rebellion, the most loved and feared man in Kurdistan, Mullah Mustafa Barzani.

Accompanied by armed Kurdish guides and a 72-year-old Turkish interpreter, the six-feet-three-inch, seersucker-suit-clad Schmidt traveled, often at night, a secret route by foot, mule, horse and, on two occasions, jeep into the high Kurdish mountains to report on "the fightingest people in the Middle East" as no foreign journalist had done before. The physical dangers were acute--his group was strafed more than once by the Iraqi air force. Along the way, Schmidt learned about the history and culture of the Kurds, whose cause Barzani hoped Schmidt could convey to the world.

Originally published in 1964 and now back in print with a new foreword by historian Charles Glass, Journey Among Brave Men is an enduring testament to the power of audacious journalism and to the strong will of the Kurds, an embattled people who remain in search of an independent state today.

Dana Adams Schmidt (1915 to 1994) was a correspondent for the New York Times for three decades, covering Europe, North Africa, and the Middle East. He also worked as a correspondent for the United Press and for the Christian Science Monitor. He authored four books: Anatomy of a Satellite, Journey Among Brave Men, Yemen: The Unknown War, and Armageddon in the Middle East. A graduate of Pomona College and the Columbia School of Journalism, he won a Pulitzer traveling scholarship from Columbia in 1937 and received the George Polk Award from the Overseas Press Club for his reporting on the Kurdish rebellion. Charles Glass was ABC News Chief Middle East Correspondent from 1983 to 1993, and he is the author of many books on World War II and on the Middle East, including Tribes with Flags. His The Northern Front: A War Diary is an account of the 2003 invasion of Iraq set in Iraqi Kurdistan.
Loading...
or support indie stores by buying on