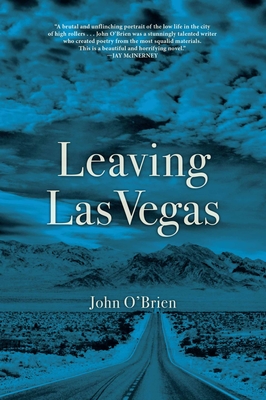 Leaving Las Vegas, the first novel by John O'Brien, is the disturbing and emotionally wrenching story of a woman who embraces life and a man who rejects it. Sera is a prostitute, content with the independence and routine she has carved out for herself in a city defined by recklessness. But she is haunted by a specter in a yellow Mercedes, a man from her past who is committed to taking control of her life again. Ben is an alcoholic intent on drinking his way toward an early death. Newly arrived from Los Angeles, he survived the four-hour intoxicated drive across the desert with his entire savings in his wallet and nothing else left to lose. Looking to satisfy hungers both material and existential, Ben and Sera stumble together on the strip and discover in each other a respite from their unforgiving lives. A testimony to the raw talent of its young author, Leaving Las Vegas is a compelling story of unconditional love between two disenfranchised and lost souls--an overlooked American classic.

John O'Brien was born in 1960 and lived most of his life in California until his death in 1994.
Loading...
or support indie stores by buying on