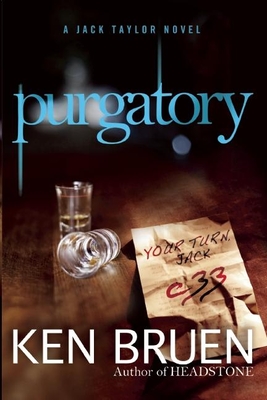 Recovering from the severe mental and physical wounds inflicted from his recent past, former cop Jack Taylor has finally found a modicum of peace. He has managed to kick the myriad substances that have had a stranglehold over his painful life, however tenuously. Yet this fragile existence is threatened when a vigilante killer begins targeting the scum of Galway, signing mysterious notes with the moniker 'C 33'. The killer addresses these cryptic letters to Jack, trying to goad him into joining the murderous spree. While Jack tries to unravel the mystery and motives of this demented killer, he is also brought into the fold of an enigmatic tech billionaire who has been buying up massive amounts of property in Galway, seemingly in the hopes of offering this downtrodden city a better future. Yet if Jack has learned one thing living in Ireland, it's that people who outwardly claim to be on the side of righteousness are likely harboring far more nefarious motives beneath the surface. With the help of his friends, former drug dealer-turned-zen master Stewart and dogged police sergeant Ridge, Jack is determined to track down C 33, even if it jeopardizes his livelihood, his friends, and the remaining shreds of his sanity. C 33 is Bruen at his best: lyrical, brutal, and ceaselessly suspenseful.

Ken Bruen received a doctorate in metaphysics, taught English in Africa, Japan, Southeast Asia and South America, then became a crime novelist. His novels, including nine previous Jack Taylor books, have been nominated for many awards, two Edgars.
Loading...
or
Not Currently Available for Direct Purchase