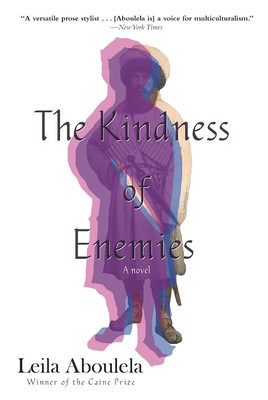 The Kindness of Enemies (Paperback)

"An absorbing novel . . . reminds us of the complexity of the web woven by those threads of faith, nationality, politics and history."--New York Times Book Review "Aboulela has written a book for grown-ups... that speaks more forcefully than a thousand opinion pieces...she has done more than breathe life into legend." --San Francisco Chronicle From the first ever winner of the Caine Prize for African Writing, Leila Aboulela, The Kindness of Enemies is a powerful historical journey across time and continents and a riveting epic of love, betrayal, and war. It's 2010 and Natasha, a half-Russian, half-Sudanese professor of history, is researching the life of Imam Shamil, the nineteenth century Muslim leader who led the anti-Russian resistance in the Caucasian War. When Natasha discovers her star student, Osama (Oz), is not only descended from the warrior but also possesses Shamil's legendary sword, the Imam's story comes vividly to life. But when Oz is suddenly arrested at his home one morning, Natasha realizes that everything she values stands in jeopardy. Told with Aboulela's inimitable elegance, The Kindness of Enemies is both an engrossing story of a provocative period in history and an important examination of what it is to be a Muslim in a post-9/11 world. "A rich, multilayered story, a whole syllabus of compelling topics. As a novelist, Aboulela moves confidently between dramatizing urgent, contemporary issues and providing her audience with sufficient background to follow these discussions about the changing meaning of jihad, the history of Sufism and the racial politics of the war on terror."--Washington Post "Riveting . . . this novel] hums in hushed and meditative tones through prisoners of war in historic and contemporary fantasy rooted in reality."--Los Angeles Times

Leila Aboulela won the first Caine Prize for African Writing. She is the author of four books: Lyrics Alley; The Translator, a New York Times 100 Notable Book of the Year; Minaret; and a book of short stories, Colored Lights.
or
Buy Here
Copyright © 2020 American Booksellers Association