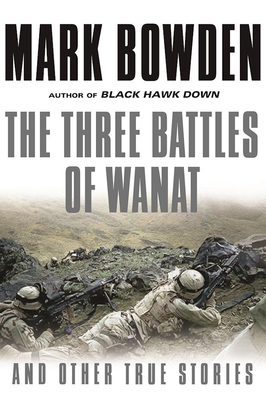 The Three Battles of Wanat features the best long-form pieces on war, profiles, sports reporting, and essays on culture from one of the nation's top journalists, New York Times bestselling author Mark Bowden. The title story--which begins on one of the bloodiest days in the war in Afghanistan and follows the father of one of the fallen soldiers into battle against the military establishment back home--is one of five rich, narrative pieces on war that form the heart of this thought-provoking collection. In "The Killing Machines," a nineteen-year-old marine sits at a desk with a joystick and must decide whether or not to press the button that will launch an anti-tank missile thousands of miles away in Kandahar, Afghanistan. In "The Last Ace," Bowden considers the faded glory of another type of air warfare through the eyes of one extraordinary retired fighter pilot. The Three Battles of Wanat also includes Bowden's incisive sports writing, think pieces, and a selection of fascinating profiles on subjects ranging from Kim Jong-un to The Wire creator David Simon. This is an essential book for fans of Bowden's writing and for anyone who enjoys first-rate narrative nonfiction.

Mark Bowden is the author of twelve books, including the #1 New York Times bestseller Black Hawk Down. He reported at the Philadelphia Inquirer for twenty years and now writes for the Atlantic, Vanity Fair, and other magazines. He is the writer in residence at the University of Delaware and lives in Pennsylvania.
Loading...
or support indie stores by buying on