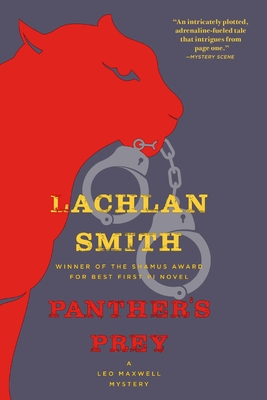 In the captivating fourth Leo Maxwell mystery, Panther's Prey, tragedy once again strikes near the heart for lawyer-detective Leo Maxwell. Now a public defender in San Francisco, Leo has partnered with Jordan Walker, a promising young lawyer on loan from a well-heeled law firm. Together they are in the midst of a trial, defending Randall Rodriguez, a mentally ill homeless man who they contend falsely confessed to the rape of a San Francisco socialite. After their client is acquitted, Leo and Jordan fall into an intense relationship--until Jordan is found brutally raped and murdered in her apartment. Leo, the last person known to have seen her alive, is the natural suspect. But the story takes a shocking turn when Rodriguez walks into the police station and offers to confess to Jordan's murder. Tasked by Jordan's grieving father with looking further into her death, Leo soon finds himself on the trail of an adversary far more powerful than any foe he has met thus far.

Lachlan Smith was a Stegner Fellow in Fiction at Stanford and received an MFA from Cornell. He has written three previous books in the Leo Maxwell Mystery series, including Bear Is Broken, winner of the Shamus Award for Best First P.I. Novel. Smith is also an attorney practicing in the area of civil rights and employment law. He lives in Alabama.
Loading...
or
Not Currently Available for Direct Purchase