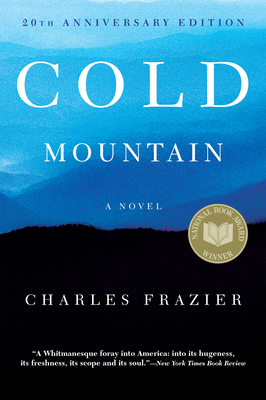 Winner of the National Book Award for Fiction

An instant, international bestseller, Charles Frazier's debut novel of love and peril at the end of the Civil War was a publishing sensation, the inspiration for an Oscar-nominated blockbuster starring Nicole Kidman and Jude Law, and the subject of an acclaimed opera. Over 20 years later, it stands as an essential, modern classic.

Charles Frazier's debut novel Cold Mountain made publishing history in 1997 when it stood at the top of the New York Times best-seller list for sixty-one weeks, won numerous literary awards, including the National Book Award, and went on to sell over three million copies. Now reissued for its twentieth year, this extraordinary tale of a soldier's perilous journey back to his beloved at the end of the Civil War is at once an enthralling adventure, a stirring love story, and a luminous evocation of a vanished land. Adapted into an Oscar-nominated movie starring Nicole Kidman and Jude Law, and a 2015 opera co-commissioned between Santa Fe Opera, Opera Philadelphia and the Minnesota Opera, Cold Mountain portrays an era that continues to speak eloquently to our time.

Charles Frazier grew up in the mountains of North Carolina. He is the author of Cold Mountain, the National Book Award Winner for Fiction, Thirteen Moons and Nightwoods.
Loading...
or support indie stores by buying on