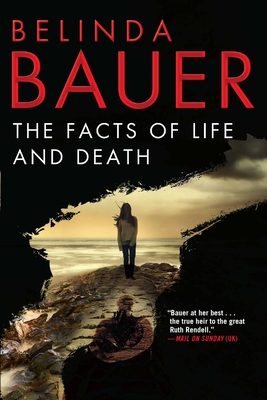 The Facts of Life and Death

"Bauer at her best . . . the true heir to the great Ruth Rendell."--Mail on Sunday (UK) Belinda Bauer is a phenomenal voice in British crime fiction, whose work has garnered rave reviews on both sides of the Atlantic. Shortlisted for the 2015 Theakston's Old Peculier Crime Novel of the Year Award, The Facts of Life and Death is a creepy, edge-of-your-seat thriller about a serial killer who terrorizes vulnerable women, with their families forced to bear witness. On the beaches and cliffs of North Devon, lone women have become victims in a terrifying game where only one player knows the rules. And when those rules change, the new game is murder. But a madman on the loose feels very far from the crumbling, seaside home of ten-year-old Ruby Trick. Instead she lives in constant fear of school bullies, the dark forest crowding her house into the sea, and the threat of her parents' divorce. Helping her father to catch the killer seems like the only way to keep him close. As long as the killer doesn't catch her first.

Belinda Bauer is the author of seven award-winning novels which have been translated into twenty-one languages. She won the Crime Writers' Association's Gold Dagger Award for Crime Novel of the Year for Blacklands, the Theakston's Old Peculier Crime Novel of the Year Award for Rubbernecker, and the CWA Dagger in the Library Award for outstanding body of work. She lives in Wales.
Loading...
or support indie stores by buying on