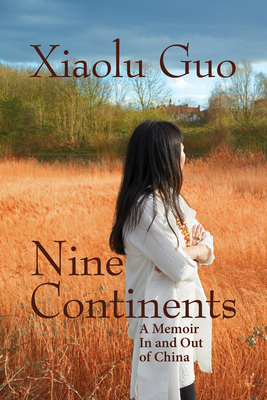 Winner of the National Book Critics Circle Award for Autobiography

Xiaolu Guo is one of the most acclaimed Chinese-born writers of her generation, an iconoclastic and completely contemporary voice. Her vivid, poignant memoir, Nine Continents is the story of a curious mind coming of age in an inhospitable country, and her determination to seek a life beyond the limits of its borders.

Nine Continents presents a fascinating portrait of China in the eighties and nineties, how the Cultural Revolution shaped families, and how the country's economic ambitions gave rise to great change. It is also a moving testament to the birth of a creative spirit, and of a new generation being raised to become citizens of the world. It confirms Xiaolu Guo as one of world literature's most urgent voices.

Xiaolu Guo was born in south China. She studied film at the Beijing Film Academy and published six books in China before she moved to London in 2002. The English translation of Village of Stone was shortlisted for the Independent Foreign Fiction Prize and nominated for the International IMPAC Dublin Literary Award. Her first novel written in English, A Concise Chinese-English Dictionary for Lovers was shortlisted for the Orange Prize for Fiction, and Twenty Fragments of a Ravenous Youth, published in 2008, was longlisted for the Man Asian Literary Prize. Her most recent novel, I Am China, was longlisted for the Baileys Women's Prize for Fiction. In 2013 she was named one of Granta's Best of Young British Novelists. Xiaolu has also directed several award-winning films including She, A Chinese and a documentary about London, Late at Night. She lives in London and Berlin.
Loading...
or support indie stores by buying on