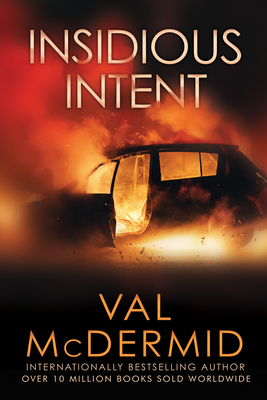 Insidious Intent, the latest installment in Val McDermid's popular series featuring psychologist Tony Hill and detective Carol Jordan, reaffirms Val McDermid's place as Britan's reigning Queen of Crime. In the north of England, single women are beginning to disappear from weddings. A wedding crasher is luring the women away--only to torch the victims' bodies in their own cars in remote locations, leaving behind no personal clues or forensic traces. It is the first official case for Carol's elite Regional Major Incident Team--and maybe the toughest case she and Tony have ever had to face. It all "comes together in an ending that hits like a bomb blast," The Globe and Mail raved. "Don't miss this one and save it for the day when you want to read straight through."

Val McDermid's best-selling novels have won the Los Angeles Times Book of the Year and the CWA Gold Dagger and Cartier Diamond Dagger Awards. She is also a multiple finalist for the Edgar Award, including for Edgar Nominee for Fact Crime Forensics, which won the Anthony Award for non-fiction. She lives in Scotland.
Loading...
or
Not Currently Available for Direct Purchase