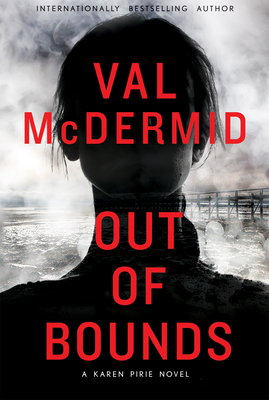 “McDermid is a thriller writer at the top of her game and Out of Bounds has everything readers want in a character-driven suspense novel: fully human characters, tight plotting, unexpected twists, and a story that grabs and won't let go. Karen Pirie is still reeling from the death of her partner and is coping by throwing herself into her work as detective chief inspector of Scotland's Historic Cases Unit. As the unit works to unravel a 20-year-old case through a DNA match from the driver in a recent car accident, Pirie skates on thin ice with her superiors by digging into the background of a mentally disturbed man who appears to have committed suicide. Highly recommended!”
— Carol Schneck Varner (M), Schuler Books & Music, Okemos, MI
View the List

When a teenage joyrider crashes a stolen car and ends up in a coma, a routine DNA test reveals a connection to an unsolved murder from twenty-two years before. It's a cold case that should be straightforward. But it's as twisted as the DNA helix itself. Meanwhile, Karen, mired in grief after the death of her partner, finds herself irresistibly drawn to a mystery that has its roots in a terrorist bombing two decades ago. Karen's intuition is telling her something doesn't add up. But is she onto something? Or has she, as her boss has been waiting for, gone too far this time? An enthralling, twisty read that takes Karen into the vagaries of privacy law, the history of the Northern Irish Troubles, and right into the heart of power in London, Out of Bounds reaffirms Val McDermid's place as one of our finest crime writers.

"A thriller as steely and superlative as its heroine." --O, The Oprah Magazine

"There are few other crime writers in the same league as Val McDermid . . . Another terrific and intricate suspense novel by a writer who has given us 30 of them."-- Washington Post

"Exciting . . . McDermid] balances the intense character studies in Out of Bounds with an inside view of the Scottish legal system and again shows her acuity in producing intelligent thrillers."-- Associated Press

"Thirty books in, most crime writers start to flag, but not Val McDermid . . . McDermid's work always slashes like a knife."--The Globe and Mail (Canada)

Val McDermid is a world-class crime writer, whose best-selling novels have won the Los Angeles Times Book of the Year Award, and the Crime Writers' Association's Gold Dagger and Cartier Diamond Dagger Award for outstanding achievement. She is also a multiple finalist for the Edgar Award and author of the Edgar Nominee for Fact Crime Forensics. She lives in Scotland.
Loading...
or support indie stores by buying on