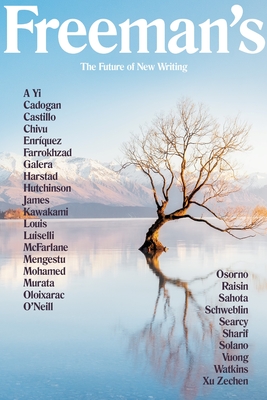 The Future of New Writing

"The oldest is 70. The youngest, 26. In between, the best list of this kind I have ever seen."--Marlon James

In three issues, the literary anthology from leading editor John Freeman has gained an international following and wide acclaim: fresh, provocative, engrossing (BBC.com), impressively diverse (O Magazine), bold, searching (Minneapolis Star-Tribune). Freeman's: The Future of New Writing departs from the series' progression of themes. This special fourth installment instead introduces a list--to be announced just before publication--of more than twenty-five poets, essayists, novelists, and short story writers from around the world who are shaping the literary conversation right now and will continue to impact it in years to come.

Drawing on recommendations from book editors, critics, translators, and authors from across the globe, Freeman's: The Future of New Writing includes pieces from a select list of writers aged 25 to 70, from nearly twenty countries, and writing in almost as many languages. This will be a new kind of list, and an aesthetic manifesto for our times. Against a climate of nationalism and silo'd thinking, writers remain influenced by work from outside their region, genre, and especially age group. Serious readers, this special issue celebrates, have always read this way too--and Freeman's: The Future of New Writing brings them an exciting view of where writing is going next.

John Freeman was the editor of Granta until 2013. His books include How to Read a Novelist, Tales of Two Cities, and the forthcoming Tales of Two Americas. Maps, his debut collection of poems, will be published by Copper Canyon in fall 2017. He is executive editor at the Literary Hub and teaches at the New School and New York University. His work has appeared in the New Yorker and the Paris Review and has been translated into twenty languages.
Loading...
or support indie stores by buying on