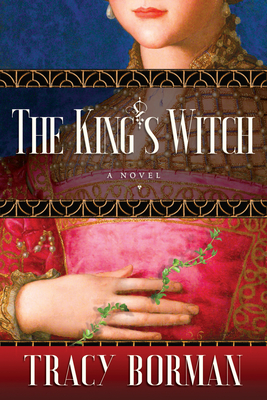 In March of 1603, as she helps to nurse the dying Queen Elizabeth of England, Frances Gorges dreams of her parents' country estate, where she has learned to use flowers and herbs to become a much-loved healer. She is happy to stay at home when King James of Scotland succeeds to the throne. His court may be shockingly decadent, but his intolerant Puritanism sees witchcraft in many of the old customs--punishable by death. But when her ambitious uncle forcibly brings Frances to the royal palace, she is a ready target for the twisted scheming of the Privy Seal, Lord Cecil. As a dark campaign to destroy both King and Parliament gathers pace, culminating in the Gunpowder Plot of 1605, Frances is surrounded by danger, finding happiness only with the King's precocious young daughter, and with Tom Wintour, the one courtier she feels she can trust. But is he all that he seems? Acclaimed as a brilliant historian, Tracy Borman proves with this thrilling debut novel that she is also a born storyteller.

Tracy Borman is England's joint Chief Curator of Historic Royal Palaces and Chief Executive of the Heritage Education Trust. She studied and taught history at the University of Hull and was awarded a PhD in 1997. She is the author of a number of highly acclaimed books including The Private Lives of the Tudors: Uncovering the Secrets of Britain's Greatest Dynasty, Thomas Cromwell: The Untold Story of Henry VIII's Most Faithful Servant, Matilda: Wife of the Conqueror, First Queen of England, Elizabeth's Women: The Hidden Story of the Virgin Queen and Witches: A Tale of Sorcery, Scandal and Seduction. Borman is also a regular broadcaster and public speaker, giving talks on her books across the UK and abroad.
Loading...
or support indie stores by buying on