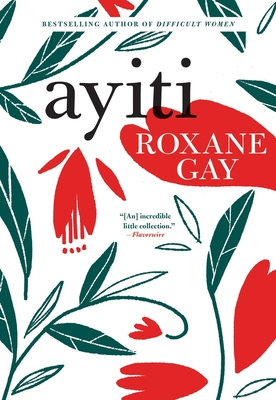 Roxane Gay is an award-winning literary voice praised for her fearless and vivid prose, and her debut collection Ayiti exemplifies the raw talent that made her "one of the voices of our age" (National Post, Canada).

Clever and haunting by turns, Ayiti explores the Haitian diaspora experience. A married couple seeking boat passage to America prepares to leave their homeland. A mother takes a foreign soldier into her home as a boarder, and into her bed. And a woman conceives a daughter on the bank of a river while fleeing a horrific massacre, a daughter who later moves to America for a new life but is perpetually haunted by the mysterious scent of blood.

Wise, fanciful, and daring, Ayiti is the book that put Roxane Gay on the map and now, with two previously uncollected stories, confirms her singular vision.

ROXANE GAY is also the New York Times bestselling author of the memoir Hunger; the story collection Difficult Women; the novel An Untamed State, which was a finalist for the Dayton Literary Peace Prize; the essay collection Bad Feminist; and several comic books in Marvel's Black Panther: World of Wakanda series. She divides her time between Indiana and Los Angeles.
Loading...
or support indie stores by buying on