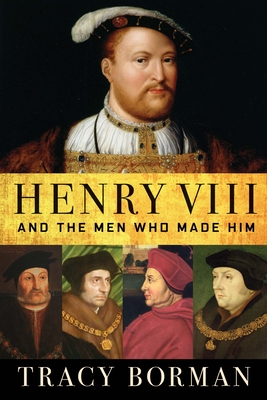 And the Men Who Made Him

Henry VIII is best known in history for his tempestuous marriages and the fates of his six wives. However, as acclaimed historian Tracy Borman makes clear in her illuminating new chronicle of Henry's life, his reign and reputation were hugely influenced by the men who surrounded and interacted with him as companions and confidants, servants and ministers, and occasionally as rivals--many of whom have been underplayed in previous biographies.

Tracy Borman is England's joint Chief Curator of Historic Royal Palaces and Chief Executive of the Heritage Education Trust. She is the author of many highly acclaimed books, including The Private Lives of the Tudors, Thomas Cromwell: The Untold Story of Henry VIII's Most Faithful Servant, Elizabeth's Women, and a first work of fiction, The King's Witch. Borman is a regular broadcaster and public speaker.
Loading...
or support indie stores by buying on