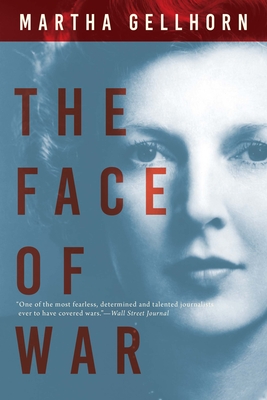 The Face of War

Martha Gellhorn was a fearless war correspondent for nearly fifty years and a leading journalistic voice of her generation.

From the Spanish Civil War in 1937 through the wars in Central America in the mid-eighties, her candid reporting reflected her deep empathy for people no matter their political ideology, and the openness and vulnerability of her conscience. "I wrote very fast, as I had to," she says, "afraid that I would forget the exact sound, smell, words, gestures, which were special to this moment and this place." Whether in Java, Finland, the Middle East, or Vietnam, she used the same vigorous approach. Collecting the best of Gellhorn's pieces on foreign conflicts and now with a new introduction by Lauren Elkin, The Face of War is what the New York Times called "a brilliant anti-war book" and has become a classic.