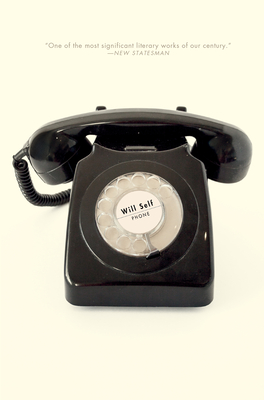 The final volume in a trilogy beginning with Umbrella and followed by Shark, Phone tells the story of two men: Zack Busner and Jonathan De'Ath. Busner is a psychiatrist who has made his name through his unorthodox treatment of psychological damage, such as administering LSD to World War II PTSD-sufferers. But now Busner's own mind is fraying: Alzheimer's is shredding his memory and his newest possession is a shiny smartphone given to him by his autistic grandson Ben. Meanwhile, Jonathan De'Ath, aka "the Butcher," is an MI6 man who remains a mystery even to those closest to him. Perhaps there is only one person who thinks of him with tenderness, a man he keeps top secret, encrypted in the databanks of his steely mind: Colonel Gawain Thomas, husband, father, highly trained tank commander, and Jonathan De'Ath's long-time lover. As Busner's mind totters and Jonathan and Gawain's affair teeters, they come to face the interconnectedness of all lives, online and off, while an irritating phone continues to ring. . . . ring. . . . ring. . . .

Will Self is the author of many novels and books of non-fiction, including Great Apes, The Book of Dave, How the Dead Live, which was shortlisted for the Whitbread Novel of the Year 2002, The Butt, winner of the Bollinger Everyman Wodehouse Prize for Comic Fiction 2008, and Umbrella, which was shortlisted for the Booker Prize 2012. He lives in south London.
Loading...
or support indie stores by buying on