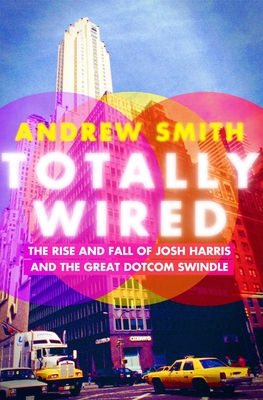 From award-winning journalist Andrew Smith, the never before told story of the late 1990s dot-com bubble, its tumultuous crash, and the rise and fall of the visionary pioneer at its epicenter. One morning in February 2001, internet entrepreneur Josh Harris woke to certain knowledge that he was about to lose everything. The man Time magazine called "The Warhol of the Web" was now reduced to the role of helpless spectator as his personal fortune dwindled from 85 million dollars, to 50 million, to nothing, all in the space of a week. Harris had been New York's first net millionaire, a maverick genius so preternaturally adapted to the fluid virtualities of the new online world that he saw it with a clarity almost no one else did. He founded the city's first dotcom, Pseudo.com, and paved the way for a cadre of net-savvy twentysomethings to follow, riding a wave of tech euphoria to unimagined wealth and fame for five years, before losing it all in the great dotcom crash of 2000, in which Web 1.0 was wiped from the face of the earth. Long before then, however, Harris's view of where the web would take us had darkened, and he began a series of lurid social experiments aimed at illustrating his worst fear: that the internet would soon alter the very fabric of society--cognitive, social, political, and otherwise. In Totally Wired, award-winning author and journalist Andrew Smith seeks to unravel the opaque and mysterious episodes of the twentieth century dotcom craze, in which the seeds of our current reality were sown. Drawing on in-depth interviews with Harris and the former pioneers who worked alongside him in downtown Manhattan's Silicon Alley, the narrative moves from a compound in the wild south of Ethiopia, through New York, San Francisco, Las Vegas, London and Salt Lake City, Utah; from the dawn of the web to the present, taking in the rise of retro-truth, troll society, the unexpected origins of the net itself, as our world has grown uncannily to resemble the one Harris predicted--and had urged us to evade.

Andrew Smith has worked as a critic and feature writer for the Sunday Times, the Guardian, The Observer, and The Face. He is the author of the internationally bestselling Moondust, about the nine remaining men who walked on the moon between 1969 and 1972. He lives in California.
Loading...
or support indie stores by buying on