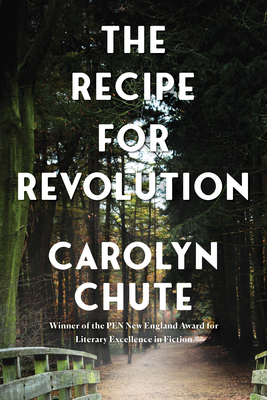 The Recipe for Revolution (Hardcover)

It's September 1999 and the world is on the cusp of a new millennium. In rural Maine, Gordon St. Onge, known as "The Prophet", presides over his controversial Settlement, a place rumored to be a cult, where his many wives and children live off the grid and off the land. Out in greater America, Bruce Hummer, the aging CEO of multinational corporation Duotron Lindsey, lays off workers by the thousands. Meanwhile, the newest member of the Settlement, fifteen year old Brianna Vandermast, is fired up and ready for change. Disillusioned with the covert local militia, she and other Settlement teens form the True Maine Militia. Putting her visionary ideas into practice, Bree pens "The Recipe", an incendiary revolutionary document that winds up in the hands of wealthy elites, including Bruce Hummer.

When a chance drinking session during an airport layover brings Bruce and Gordon together, Hummer--in a confounding moment-- gives Gordon a mysterious brass key, one turn of which has the potential to make heads roll and spark the unrest that is stirring in Egypt, Maine. As word of "The Recipe" spreads, myriad factions of anti-corporate revolt from across the country arrive at The Settlement wanting to make Gordon their poster boy. Gordon soon finds himself at the center of an uprising, the effects of which ripple beyond Settlement life. In The Recipe for Revolution Carolyn Chute portrays politics, class, love, and friendship with acuity and complexity, giving us a pulsating, relevant book for today's America.
or support indie stores by buying on
Copyright © 2020 American Booksellers Association