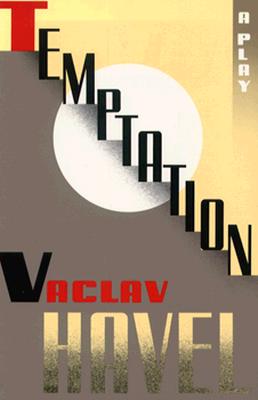 In his most challenging work to date, Czech playwright Vaclav Havel has given the Faust legend a provocative twist. His setting is the Institute, whose mission is to combat the irrational tendencies in society through its scientific work. Personal and professional relationships at this lighthouse of truthful knowledge are a tissue of lies and sycophancy in which all concerned willingly collude. The only tempest in this teapot of careerism is Dr Foustka, who has lately been smitten by metaphysical doubt and is rumored to be dabbling in the black arts. His mentor, the unlikely Mephistopheles of the piece, is a dwarflike old man with smelly feet and a slippery logic that irresistibly appeals to Foustka's intellectual hubris. With great wit and originality Havel follows the familiar outlines of the story to a unique conclusion at a witches' sabbath garden party organized by the Institute's crafty director in the spirit of modern group-costume therapy. For Havel, the rational carried to surreal lengths of irrationality is not a theatrical technique but a fact of life in Czechoslovakia since the Soviet invasion of 1968. Yet in universalizing his tale through the Faust legend, he forcefully reminds us that under conditions of modern bureaucracy neither East nor West holds a monopoly on the sale of souls.

Havel went to prison in 1979 for his dedication to human rights. In 1989, he became president of Czechoslovakia and since 1993 he has been president of the Czech Republic. A world-renowned playwright, he is also the author of The Art of the Impossible.
Loading...
or
Not Currently Available for Direct Purchase